Dedicated to Our Community

Kevin Morrison is proud to be serving his first term as Cook County Commissioner in the 15th District. In November 2018, Kevin made history by becoming the first openly LGBTQ Cook County Commissioner, at 28 years old the youngest in history, and the first Democrat to represent the District. This race was a major upset in Illinois, as Kevin beat the Chairman of the Illinois Republican Party.

Kevin’s priorities include improving access to critical healthcare services, especially in the realm of mental health services, supporting small business development, and pushing for a more fair and transparent home assessment process. As a member of the LGBTQ community, he has already taken steps in expanding equity for the most disproportionately impacted and marginalized communities. Kevin currently sits as Chairman of Cook County’s Technology and Innovation Committee, and the Cook County Forest Preserve District Zoological Committee.

Kevin is a member of Cook County’s Small Business Working Group which focuses on providing assistance and support to the business community during the COVID-19 pandemic. The group is always making improvements that meet the various and evolving needs of the business community as the pandemic continues. Kevin also is an appointed Commissioner on the Small Business and Supplier Diversity Commission which focuses on improving the process for MBE’s and WBE’s to participate in the procurement process.

Raised in Elk Grove Village, where he attended public schools and graduated from Conant High School. He went on to graduate from DePaul University, studying Political Science, Environmental Science, and LGBTQ Studies. In 2019, Kevin decided to continue his education by studying law at UIC Law School’s part-time night program.

Prior to his election, Kevin acquired years of public service experience with different candidates and elected officials, even progressing into a leadership role on the Hillary Clinton campaign. He helped solve constituent issues, performed community outreach, and excelled at bringing people together around a common cause.

In 2021, Kevin became an Edgar Fellow, a distinguished fellowship program that was created by former Illinois Governor Jim Edgar. The program focuses on connecting leaders from across the state with a goal of creating a new generation of leadership that can work in a bipartisan fashion in order to better serve all Illinois communities. 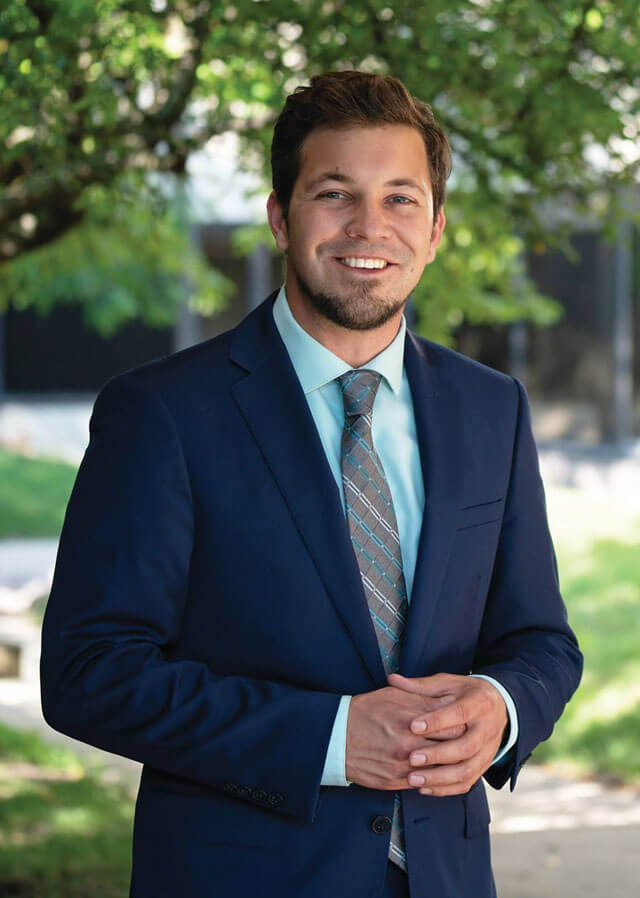