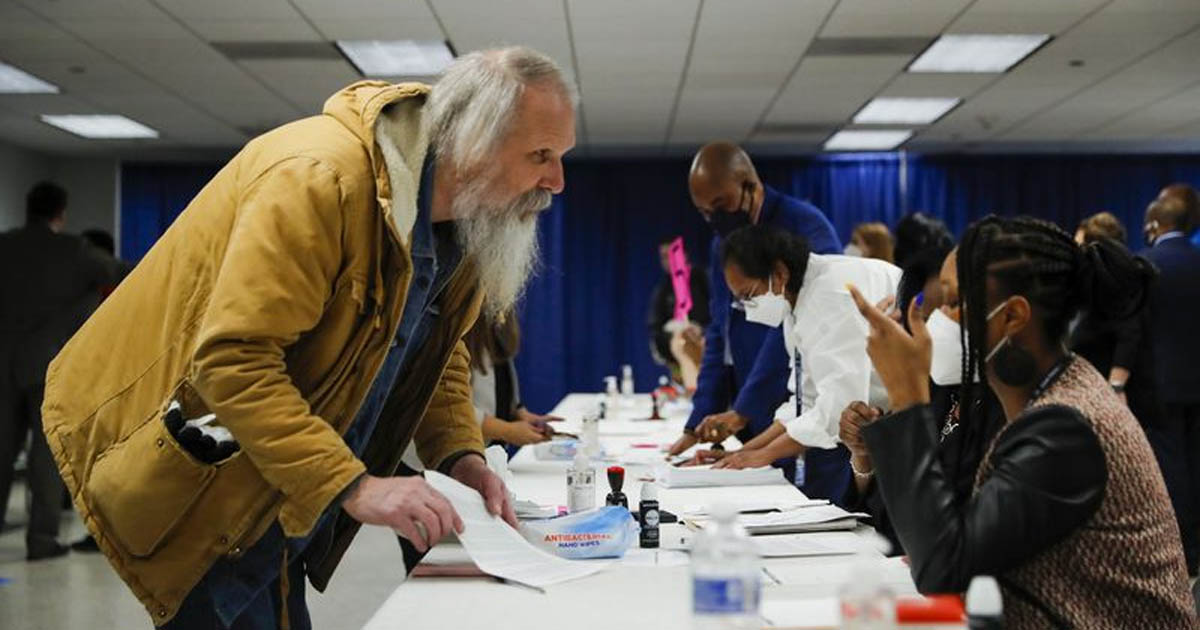 A suburban Chicago man who was convicted of a hate crime two decades ago is running to unseat Cook County’s first openly gay board member, Democratic Commissioner Kevin Morrison.

Kevin Ake, 60, of Elk Grove Village, turned in his signatures Monday to run as a Republican for the County Board’s 15th District in the June 28 primary.

The Tribune reported at the time that Ake, identified then as a tax accountant with the Moody Bible Institute, left more than 100 phone calls harassing a lesbian Lakeview YMCA director about her sexual orientation after he was denied permission to host a Bible study there. Ake was sentenced to 14 days in jail and 2½ years of probation, which he was allowed to complete early, according to records.

“I strongly condemn harassment of any kind,” Morrison said in a statement. “As Commissioner, my focus has always been directed at representing the diverse communities of the 15th District, and I am proud of what we have accomplished these past three years. Voters in our District have made it clear that they support leaders who will fight for an inclusive and welcoming Cook County, and I look forward to earning their vote once again.”

Transcripts of Ake’s voicemails to the director in March 2001, included in the court records, show him repeatedly berating her for holding a leadership position at a YMCA as a woman, a lesbian and, according to him, a non-Christian. He calls homosexuality an “abomination.”

“I’m gunna (sic) come after you with all that I have through my heavenly Father,” Ake said, according to court records. “… You better watch out … I’m coming. The holy spirit is coming after you.”

In a phone interview Tuesday, Ake downplayed his hate crime conviction, though he did not deny mentioning the YMCA leader’s sexual orientation in his many calls to her.

“I left a bunch of messages on the executive director’s answering machine,” Ake said. “They blew it out of proportion and charged me with the felony hate crime.”

Ake, who state records show has an active accounting license, told the Tribune this week that he was “persecuted” for attempting to bring Christianity to the YMCA and disparaged the Cook County prosecutor on his case as a “hall of fame homosexual.”

When asked whether he was sorry for his actions back then, he said, “No, I’m not.”

He later added that he was “persecuted by a homosexual, and then I served my 14 days. And that was 20 years ago.”

Russell Nowak, the Elk Grove Township GOP committeeman, said he did not know about Ake’s criminal history when Ake joined as treasurer of the township’s party a month ago. But Nowak also said he does not “dig into anybody’s past.”

“What they did years ago shouldn’t matter,” Nowak said. “That’s all I’m trying to say. You know what I mean? People have done stupid stuff when you were younger, you know?”

“Hate and homophobia have absolutely no place in the politics of Cook County or the State of Illinois,” Witt and Kaplan wrote. “It is extremely disturbing to learn of Mr. Ake’s background and candidacy, as well as the Elk Grove Township Republican Party’s dismissive attitude towards his hateful past.”

Morrison, a Democrat from Mount Prospect, made history as the first openly gay member of the Cook County Board when he defeated incumbent and former state GOP Chairman Timothy Schneider in 2018. Morrison filed nominating petitions Monday for another term.

Save the Date! My Annual Pride Event

Celebrate with Kevin on March 24th!